We’re deep into production on Lava Blade, our combat-centric platformer game with procedural content generation, and I thought I’d take a break to share some of the early art concepts.

The first thing I wanted to do is nail down the look of the main character, Lars. My thinking was that once we were happy with how he looked, it’d be easier to visualize the rest of the world around him. 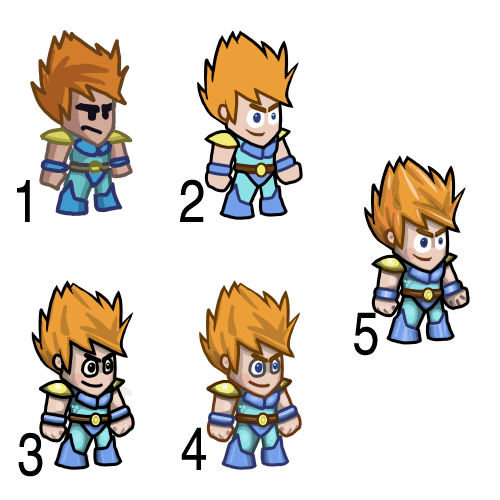 First I did a rough pass on the general style, proportions, and colors (#1). This was intended to be a quick sanity check. Next I went back and better defined his shapes and detailing (#2). In #3, I added shading, highlights, and dark inner lines. I liked the way this one “popped” but I felt like it took away from his detailing, so in #4 I introduced more interior colors to replace the black. Lastly, I added hair highlights, glossier metal, and additional shading.

I’m pretty happy with how Lars turned out, though I’ll probably make yet another pass (maybe to add some detail to his hands). As you can see below, I also experimented with some different styles. I wanted to see if something wonderful might accidentally happen, and make sure we were in the right place between cute and combat-ready. 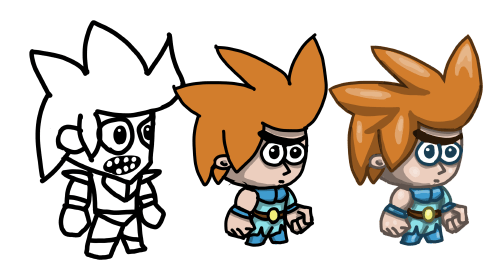 We’re thinking that an ogre will have a pivotal role in teaching people how to play Lava Blade. In the beginning of the game, perhaps an ogre will kidnap someone (or do something else naughty), and you’ve got to chase him down, learning the game mechanics along the way. 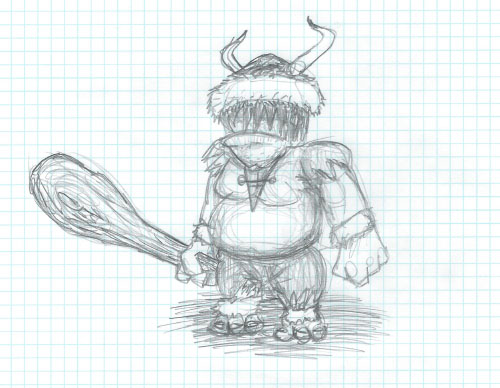 However, I wanted him to remain relatively faceless (note the hair covering his eyes) since he wouldn’t be a recurring character, like the main villain. I like to jump on inspiration when it hits, and I happened to be near some graph paper when it did, so I sketched him out quickly on paper before doing a digital version. Doing this in repetition is great for practice, and even though I didn’t use the sketch, I think it helped the final product.

Since the art style was already defined by Lars, I didn’t need to experiment with the ogre as much. Instead, I could simply sketch him out and render him, as seen below. 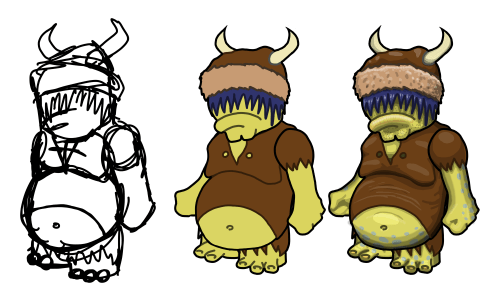 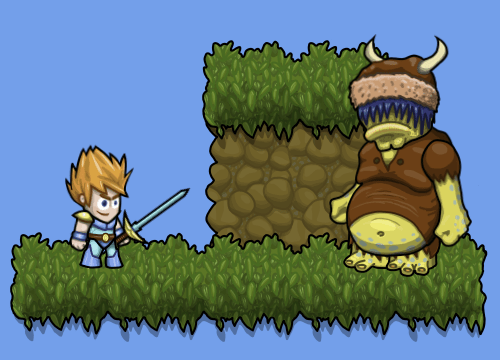 Did you see the teaser on Twitter (try clicking the characters!). We’ll be putting some more scenes up there as we develop the game. Stay tuned!